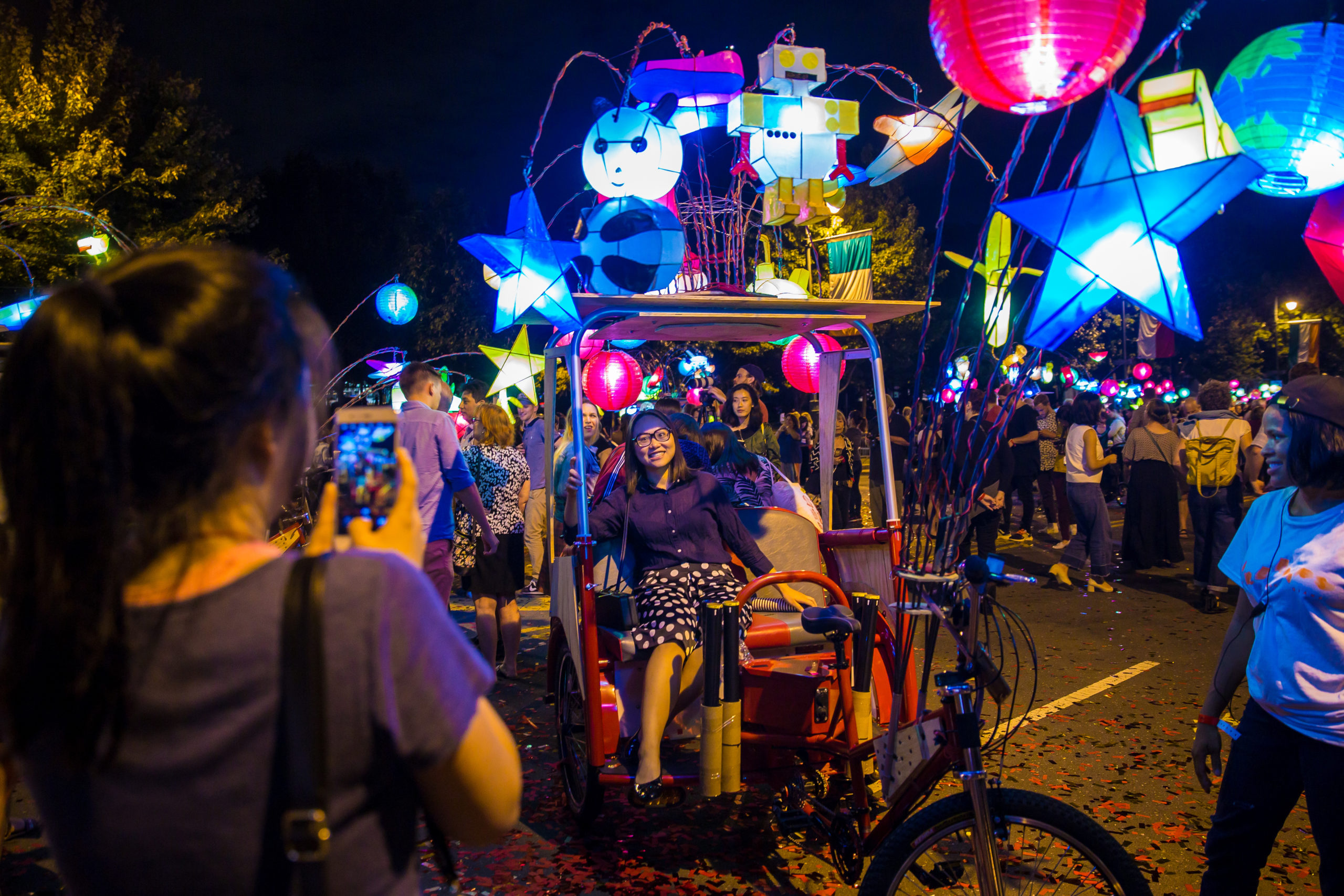 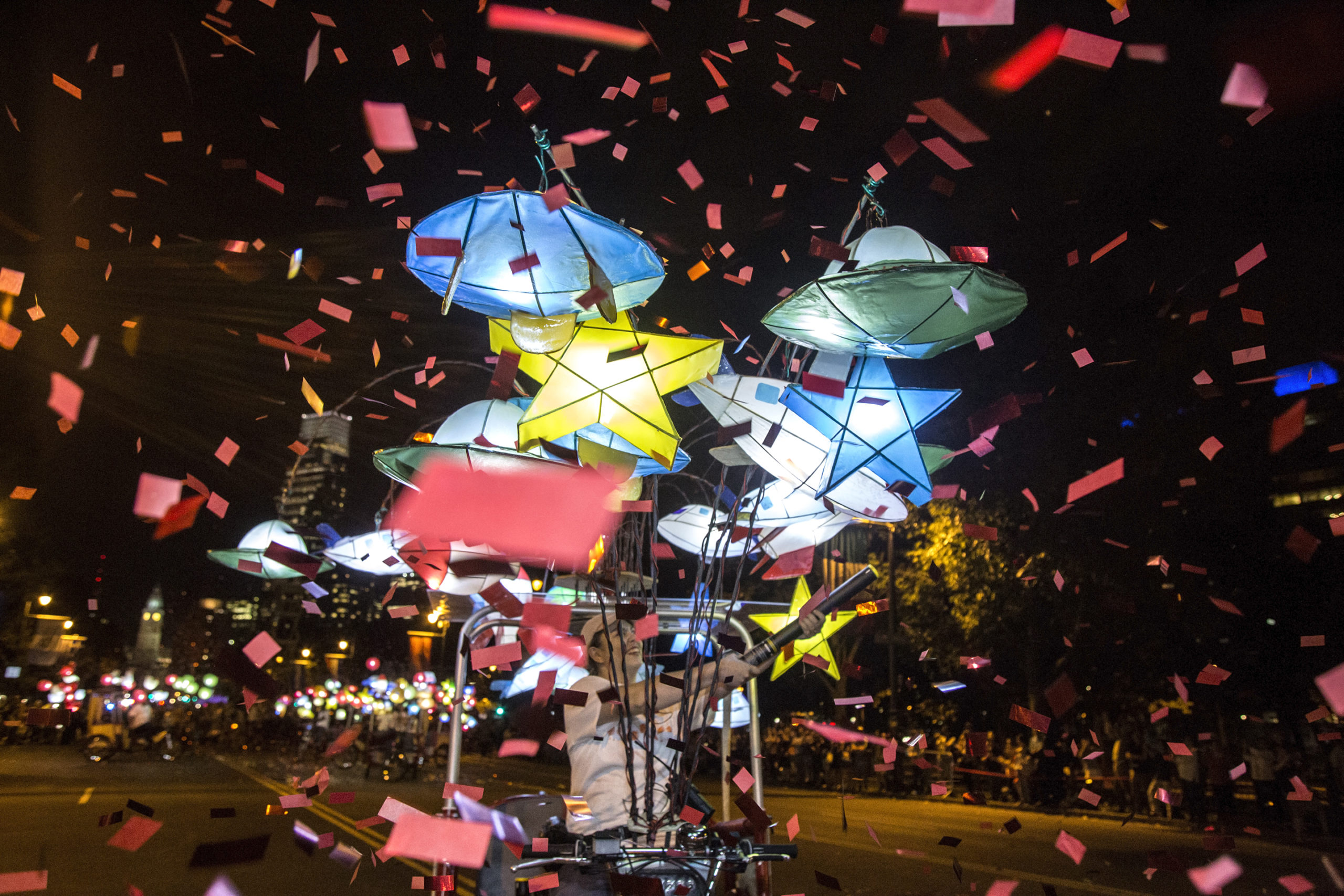 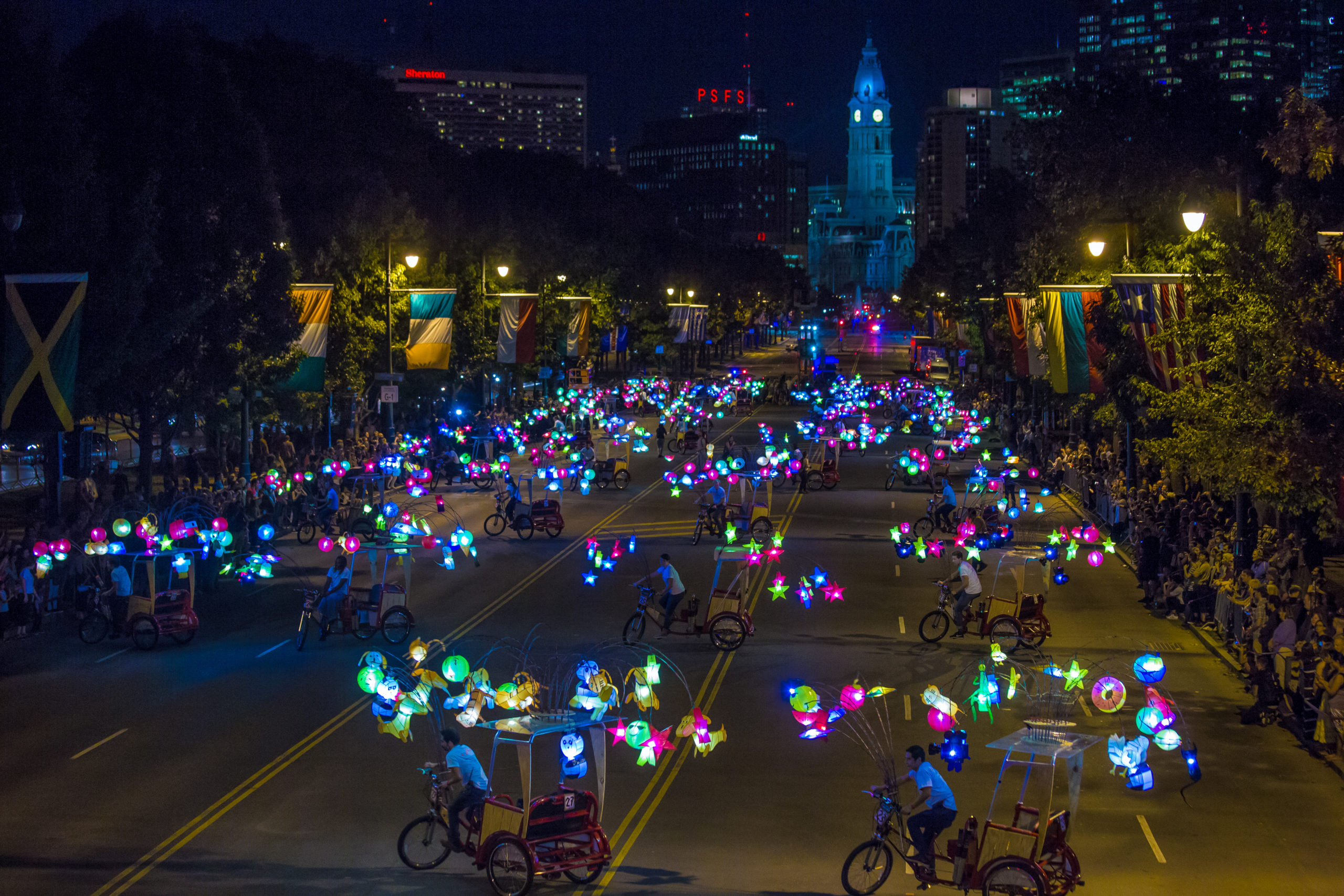 Cai Guo-Qiang’s Fireflies was commissioned by the Association for Public Art with Fung Collaboratives and was first presented in Philadelphia in 2017. The project was curated by Lance M. Fung for the centennial celebration of the Benjamin Franklin Parkway. Major support was received from The Pew Center for Arts & Heritage, the John S. and James L. Knight Foundation and the National Endowment for the Arts. When invited to curate and produce Illuminate Coral Gables, Chief curator Lance Fung made two immediate calls: Cai Guo-Qiang and Kiki Smith. Both art luminaries agreed to participate. “Fireflies is one of the most successful and historic public artworks I have been a part of. It is about bringing people together, sharing stories, reinforcing the value of community all while being a deeply conceptual artwork by embracing different cultures and the actual general public it is meant to serve” states Fung.

Twenty-seven American made pedicabs are transformed into kinetic and interactive sculptures through 1000 handmade silk Chinese lanterns and the brilliance of Cai Guo-Qiang. These interactive sculptures are visible in the evening and in all cases does what great art should do – provide an experience. Although the viewer from afar or rider from within may have varying interpretations, Fireflies maintains the impossible balance of the spectacle & introspection. Coral Gables unique downtown setting creates a memorable backdrop for the roaming fireflies that take visitors for free rides to rediscover themselves and the city they call home.

The true test for success is not the accolades of the art critics but rather the general public who is faced at seeing public art. The overwhelming recognition of Fireflies uniqueness and accessibility in providing a childlike sense of joy ranks this ephemeral experience as the benchmark of what great public art should do.