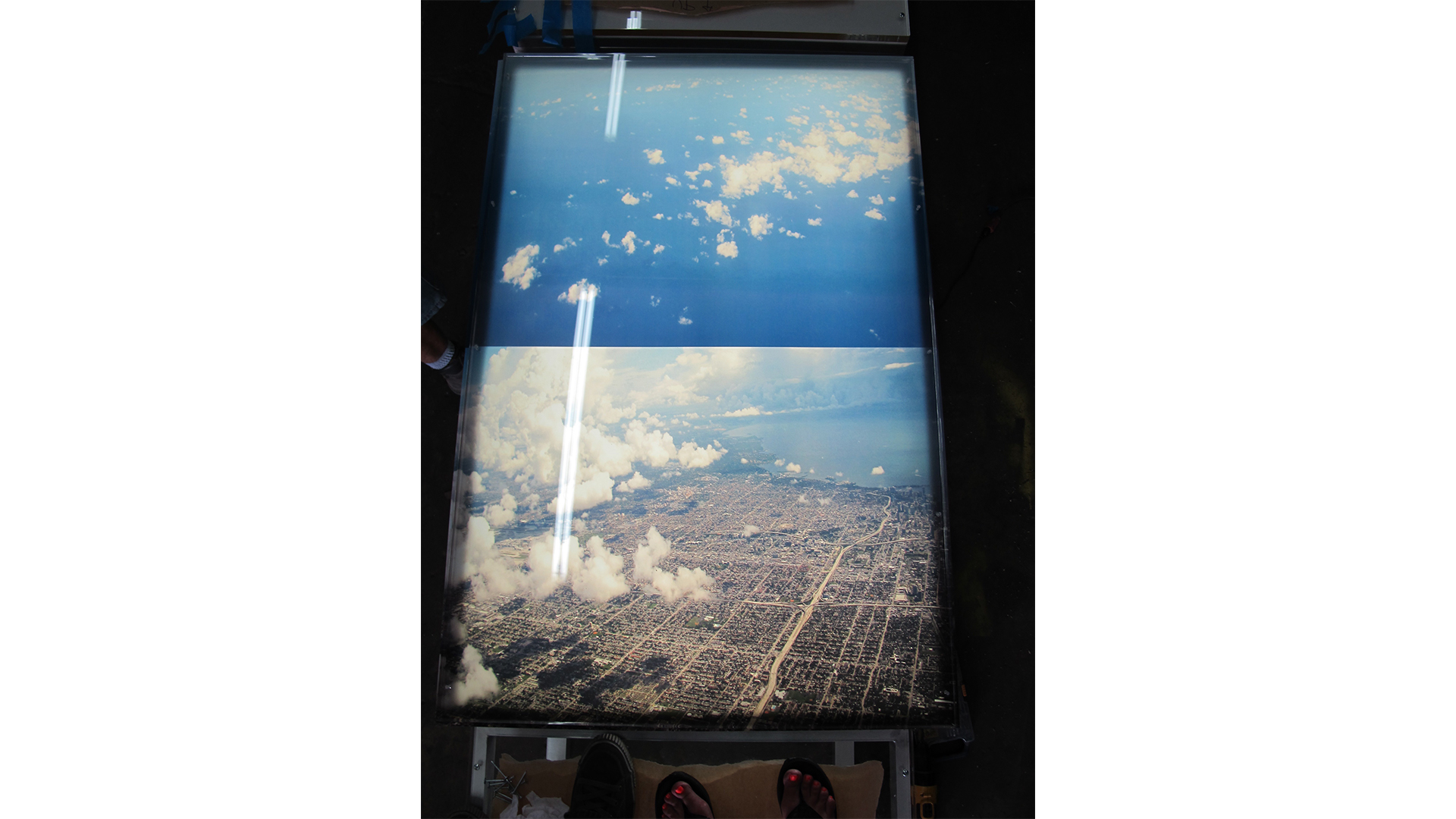 Comprised of twelve light boxes displaying aerial photos, 90 Miles: De-construction is an interactive work that invites the viewer to ascend a bridge and travel over the Florida Strait while considering the complicated and variable mental geography that embodies the critical sociopolitical relationship between the US and Cuba.

Conceived in 2011 during the process of rapprochement and normalization of US-Cuba relations, 90 Miles: Deconstruction is a work that celebrates establishing a bridge of hope between the populations and families of both countries presenting “the possibility of overcoming more than a half century of separation, anguish and differences.”